The SooRyu Festival started as an annual event in 2003 and is now biennial since 2006. The festival has proven to be a valuable event to the Canadian cultural community. Showcasing traditional, modern, contemporary creations of all dance forms, Soo Ryu has created a harmonious community in which artists from different countries and in different stages of their careers mingle and collaborate. Genres that they have presented include traditional African, Japanese, Butoh, Chinese, Mexican, Aboriginal, Korean, contemporary, modern ballet, classical Indian and many more. 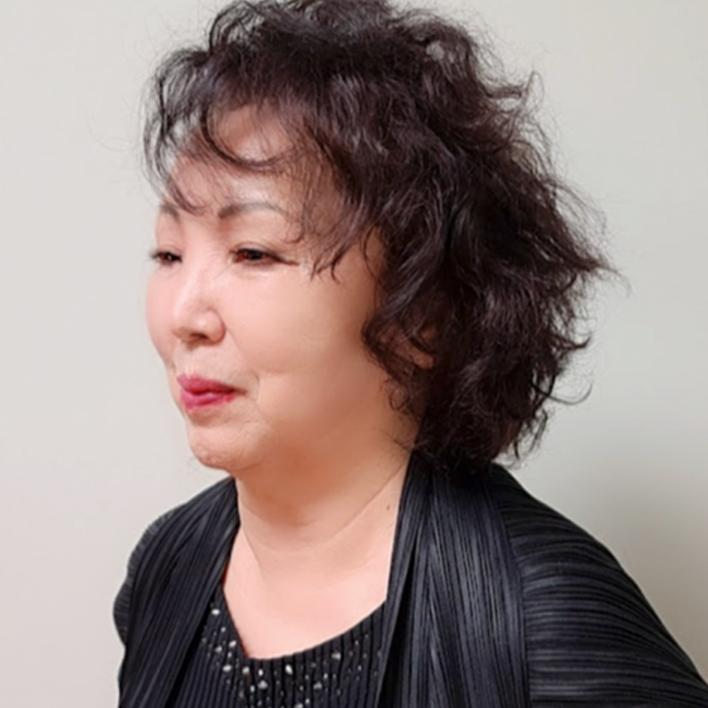 Born in Seoul, Mi Young Kim is an immigrant artist that already had a decorated career and history in Korea before moving to Canada.
Since the age of five, she was taught by her great master teacher Yun Hak Kim, an influential dancer and choreographer who established his own dance school in 1945.
He personally trained and produced countless professionals in Korea, and over his 30 year career, Yun Hak Kim became widely known across the country for his original repertoire, becoming a historically significant figure in shaping Korean cultural dance.
Other notable figures who taught her include; Man Hyang Chu, Geum Ryun Sung, Ok Jin Kim, Sung Nam Yim and Wol Young Lee. These individuals are celebrated nationally for their works in their respective area; Ogomu, the five drum dance, Seoljanggo, the Gayageum, and ballet.
Mi Young Kim lunched a multi-cultural dance festival in 2003, The 1st Soo Ryu Dance Festival. Kim was presented with her pen name from poet Geum Shil Lee, which metaphor to spread Korean culture to all parts of the world like water, and after 2003, the Soo Ryu Dance Festival began and continued as currant.
Continue to promote traditional Korean dance and further develop her art, Mi Young Kim now concentrate on training new generations of dance artists and creating a dance style that is uniquely Korean-Canadian. Kim also invited traditional Korean entertainment dance performers such as Jin-Mi Park, Mi-Sook Song, and Hyegyeong Lee, and collaborated with several artists from Canadian multicultural diversity; Menaka Thakkar, Lata Pada, Zab Maboungou, William Lau, Kozakura Sensui and Oikado Ichiro. 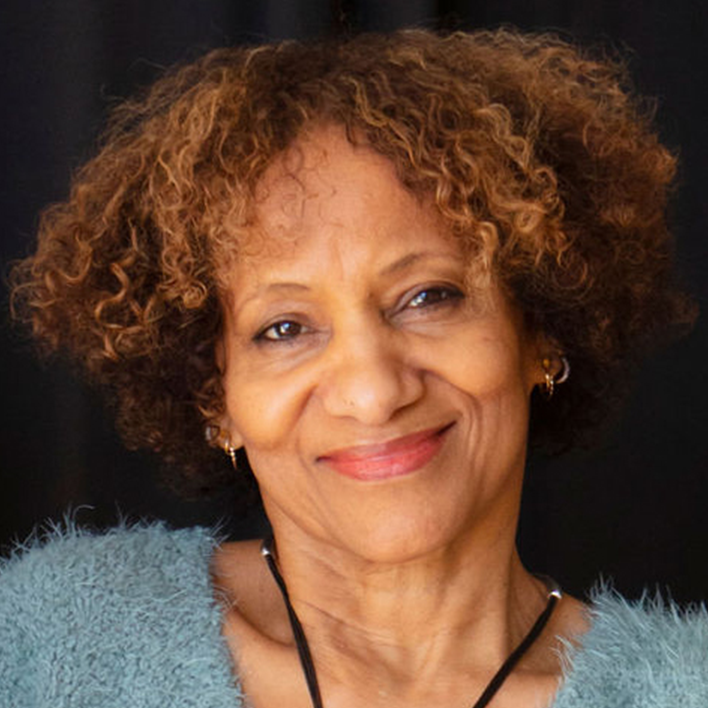 Remarkably, her contribution brings together and transcends identities and genres, without ever diluting the knowledge and practices which she innovated and developed in this country with an unflagging consistency. Her movement technique, lokéto, is innovative and has won the favour of those who want to perfect their understanding of contemporary and African dance.

In 2021 Zab Moboungou is a recipient of the Canada Governor General’s Performing Arts Award – artistic achievements 2020. 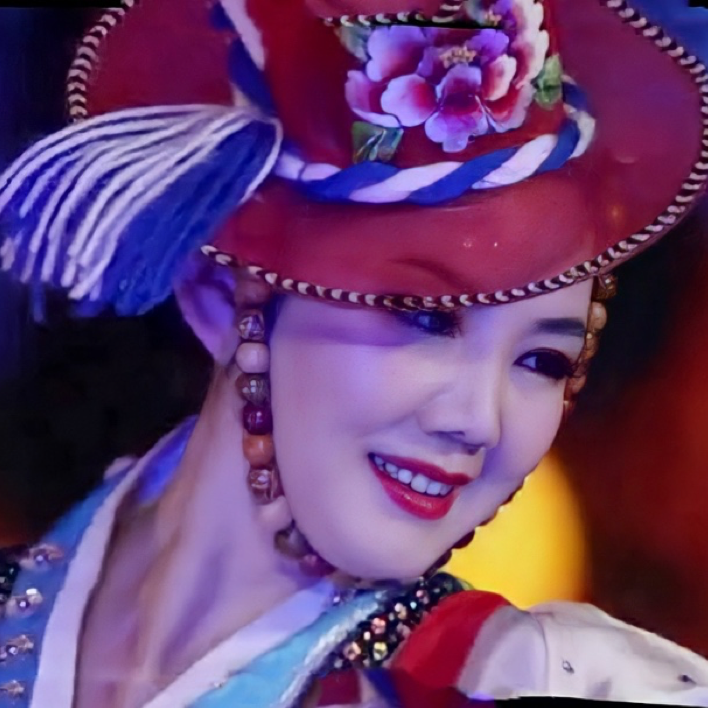 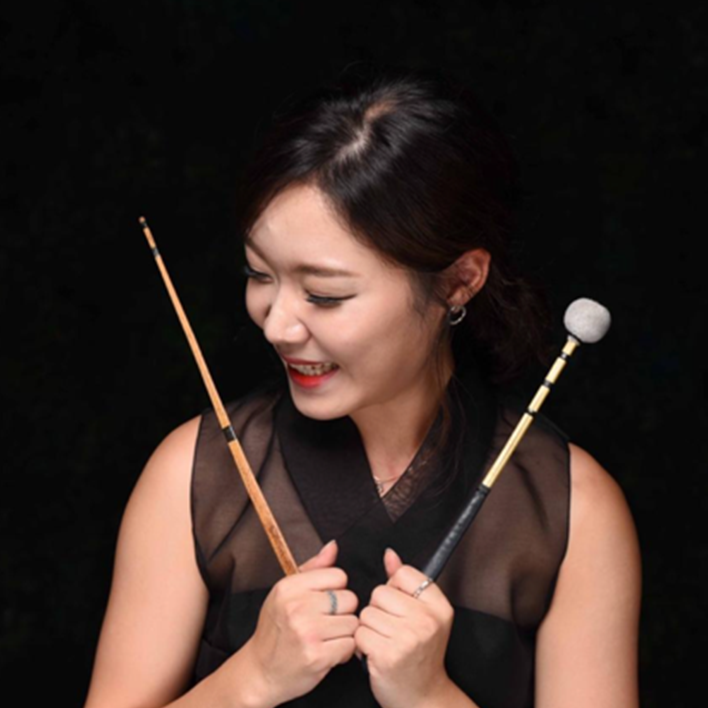 Kklily (Eun Ji Kim)
Kklily (Eun Ji Kim) is a traditional Korean percussionist and music composer. She graduated from National Gugak High School and Korea National University of Arts, majoring in percussion. Currently, she graduated of the Seoul Intangible Cultural Heritage No. 25 Pansori High Law. In addition, she won the Grand Prize in the General High Law Division at the 2nd National High Law Pansori Contest at the General Gang Gam Chan Festival. She also participated in musicals,thestricals, and concerts with Western orchestras as well as traditional Korean traditional music performances, and has performed variously in Korea as well as abroad. 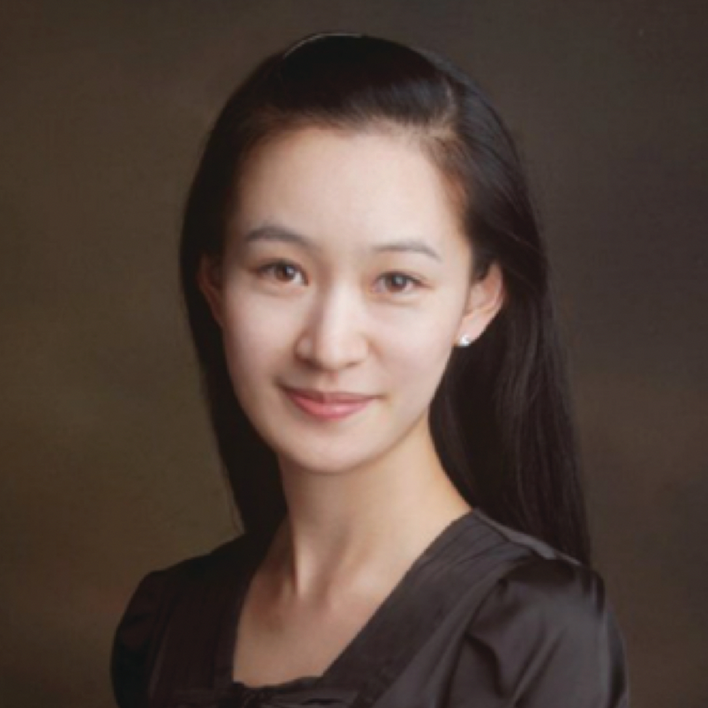 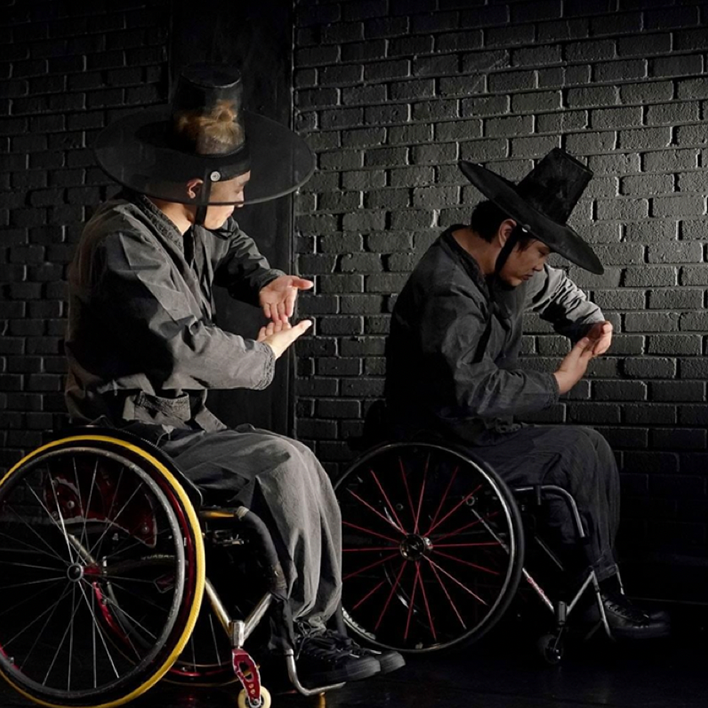 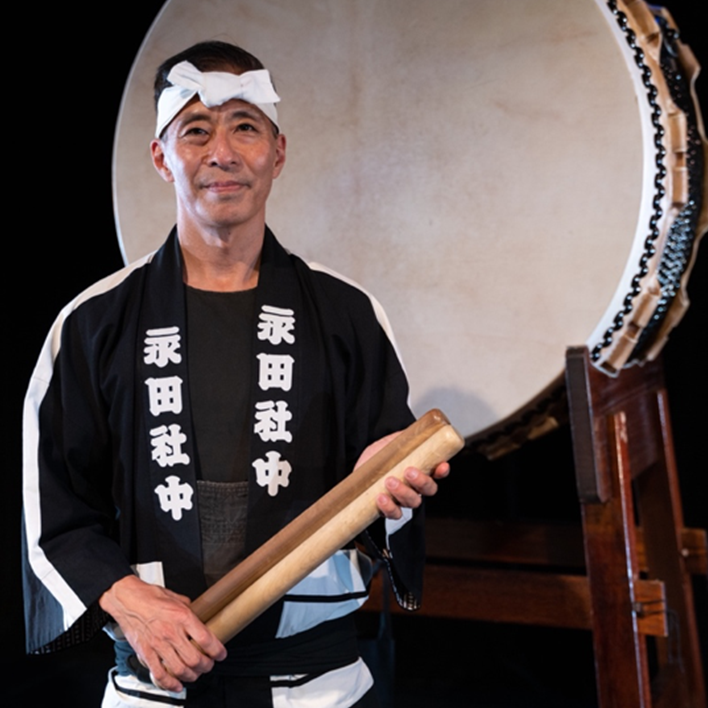 Kiyoshi Nagata is the founder and artistic director of Nagata Shachu, Canada’s preeminent professional taiko group. Formed in 1998, Kiyoshi has led the ensemble in tours across North America and Italy in addition to major engagements in Lebanon and Mexico. As a performer, he has collaborated with both local and international artists as part of the group’s annual three-concert season, and his original compositions have been featured on the ensemble’s numerous CDs and DVDs.

Kiyoshi has been performing taiko in a career that spans four decades. He served as artistic director and performer of Toronto Suwa Daiko from 1982-1992, where he had the privilege of studying under taiko pioneer Grandmaster Daihachi Oguchi. From 1993 to 1994, Kiyoshi apprenticed with the world renowned Kodo drummers on Sado Island. With the assistance of a Chalmers Performing Arts Training Grant in 1999, Kiyoshi studied percussion with Paul Houle at the Royal Conservatory of Music in Toronto.

Kiyoshi has taught taiko at the U of T Faculty of Music since 1998. He also taught a public taiko course at the Royal Conservatory of Music from 2003 to 2011, and helped to found two community taiko groups in Burlington and Toronto. He is regularly invited by universities and taiko groups to present workshops and lectures. As a solo artist, he has composed and performed taiko music for dance, theatre, film and radio and continues to collaborate with artists from all genres of music including traditional Japanese instrumentalists. 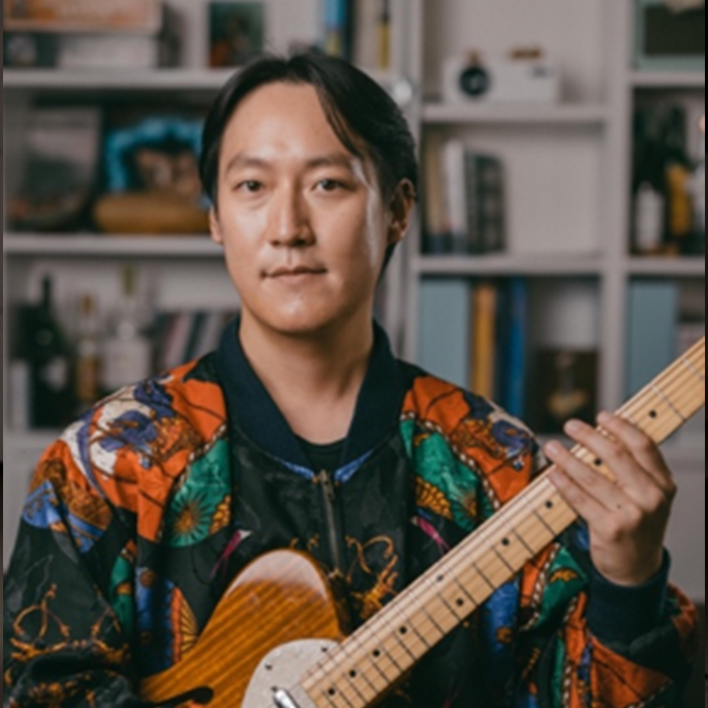 Jay Yoo is a guitarist, composer, and arranger originally from South Korea, and now based and active in Toronto. He graduated from the University of Toronto with a Bachelor of Music in Jazz Performance. Having studied with a number of renowned musicians such as Geoff Young, Mike Murley, and David Occhipinti, he is a versatile musician, active in a number of projects that explore multiple musical genres ranging from jazz, funk, rock and R&B to musical theater. Some of the projects Jay is involved in includes, ‘Dennis Kwok Quartet/Quintet’, a traditional Korean fusion band ‘Haneum’ run by the Korean Traditional Music Association of Canada, an award winning band ‘Snaggle’, and he leads his own band ‘Jay Yoo Group’. Yoo performs regularly at prominent venues and festivals in and around Toronto such as the Rex Hotel Jazz & Blues Bar, the Jazz Bistro, Markham Jazz Festival, TD Jazz Festival, Waterloo Jazz Festival to name a few.
Jay regularly works with his long-time collaborator, vocalist Jenna Marie Pinard, in her groups such as ‘Jenna Marie sings R&B’ and ‘Jenna Marie Jazz Group’. They released a collaborative duo album in November of 2019 entitled, ‘Here, Now’ which was showcased in Toronto and Montreal.
During the pandemic Jay recorded his second collaborative duo album, ‘Dual Unity’ with another long-time collaborator Mark Kazakevich and released it in May 2022, receiving praises from the media such as the Vancouver Sun featured as ‘5 albums by guitarists you should listen to right now’ and the Wholenote, “Dual Unity leaves their own imprint on every song they tackle, and this sonic palette owes itself entirely to Yoo and Kazakevich. There are so many moments of sudden unison, where a melodic or harmonic line is relayed by the strength and precision of their tandem.” 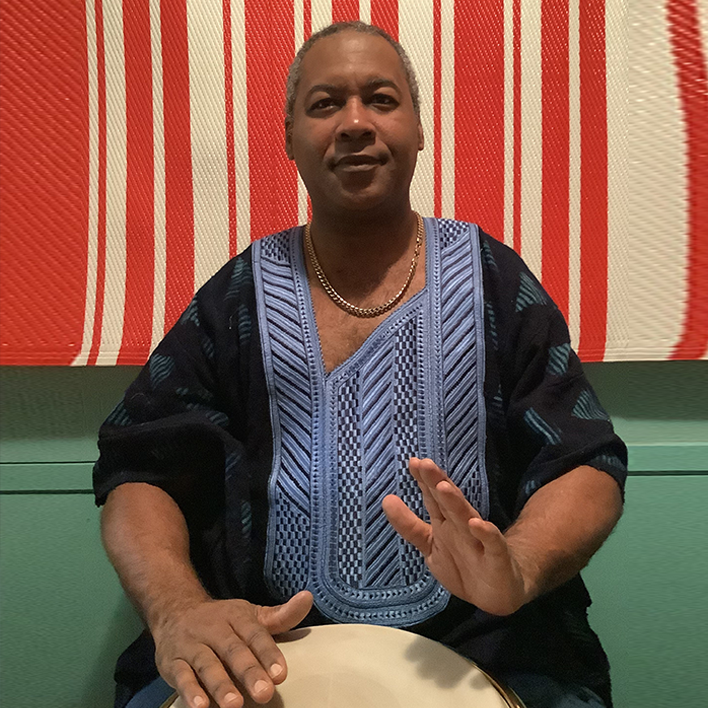 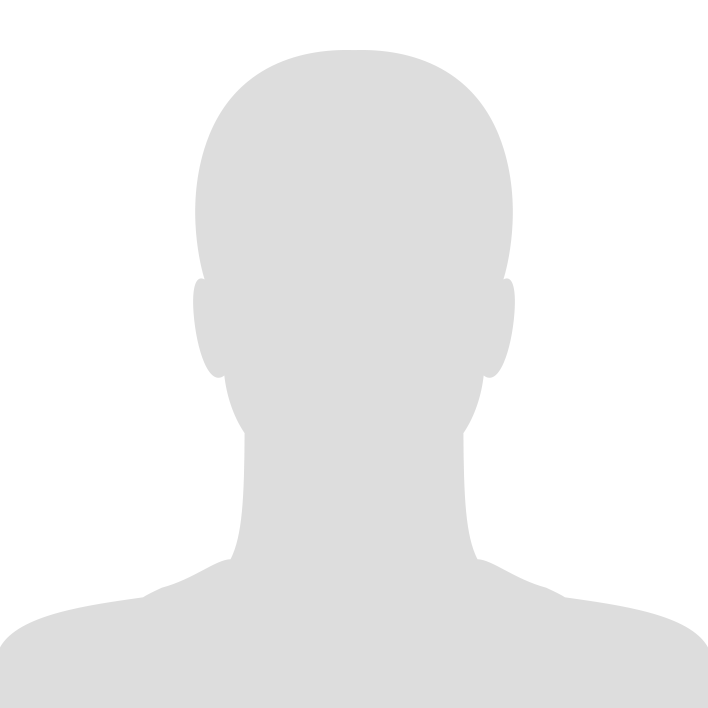 Manuel Garcia is a Mexican Film Artist based in Toronto. In Mexico, he was part of the production “Deporte Inaudito”. One of the pieces for this production (El Estadio Que Nunca Fue), was amongst the 20th best Sport Documentaries in 2018, according to AIPS Media.

In Canada he created the documentary “Isolations” and 3 Dance Films for Dance Ontario. As DOP and Editor, he was involved in the making of “Al-Qamar” directed by Yasmina Ramzy (screened at several international film festivals), and has also collaborated with Little Pear Garden, Sashar Sarif Dance Theatre and KDSSC in different projects. 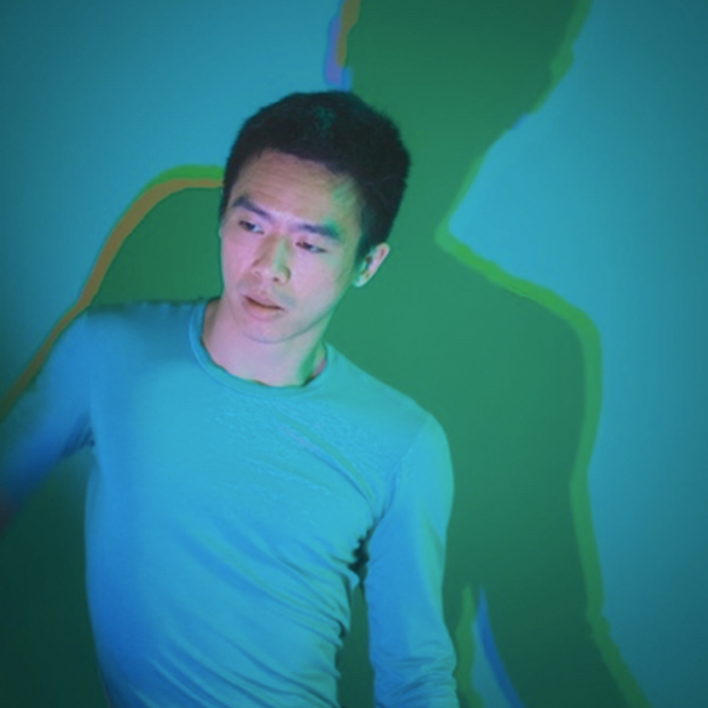 Yiming Cai (@yimscai) is a Singaporean dance artist based in Toronto and collaborates in the capacities of a performer, dance teacher and in rehearsal direction. Yiming trained at The Human Expression Second Company and The School of Toronto Dance Theatre and is passionate about movement and spirituality. He has worked with likes of Adelheid, The Platform, Tiger Princess Dance Projects, Dyade Dances, JDdance, Danny Grossman dance company, Little Pear Garden dance company, Naishi Wang, Sharon B. Moore, Sashar Zarif and Jane-Alison Mckinney. Outside of performance dance, he avidly practices No-gi Jiujitsu and Brazilian Zouk. Yiming thanks MiYoung Kim for the opportunity to be a part of Soo Ryu Festival 2022.